Democratic gubernatorial hopeful J.B. Pritzker refused to confirm whether House Speaker Michael Madigan (D-Chicago) was backing his candidacy at a recent meeting of the Illinois Democratic County Chairmen’s Association, according to the Illinois Republican Party.

Citing Tweets from Pritzker’s rivals for the nomination, the GOP characterized the meeting as a tense exchange at which fellow Democrats called into question Pritzker’s involvement with the speaker.

“Pritzker was asked point blank about his relationship with Madigan, and he completely dodged the question, refusing to criticize Madigan,” GOP spokesman Aaron DeGroot said in a press release. “Other candidates like Chris Kennedy took the Madigan question as an opportunity to highlight Madigan's stunning conflict of interest, and Daniel Biss even said Madigan is too powerful.” 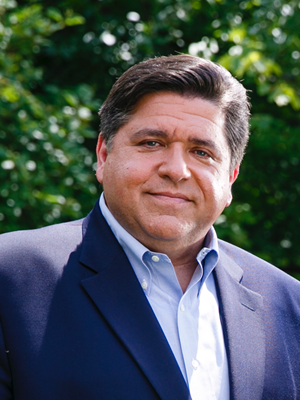 In a tweet, candidate Chris Kennedy said "Madigan should make a choice."

“Either he wants to be (a) property tax lawyer or a state representative," Kennedy said.

The GOP release also cited a Chicago Sun-Times article in which the Democratic candidates “disagreed widely on House Speaker Mike Madigan — with some saying he needs to go, and others saying he’s just a Republican ‘talking point.’”

“The candidates may not have agreed on everything, but they all came together behind one clear fact – J.B. Pritzker is Mike Madigan's candidate for governor,” the release said.