Morthland takes aim at Rauner for 'It's not my fault' remark

Rich Morthland isn’t surprised that even Gov. Bruce Rauner doesn’t want to take ownership of his first term in office.

“It’s so reflective of the way his administration has done everything,” Morthland told "Chicago’s Morning Answer" radio show co-host Dan Proft of claims Rauner recently made arguing that he has not been fully in power to do the things he would have liked to have done during his first term because of the likes of veteran House Speaker Mike Madigan (D-Chicago). 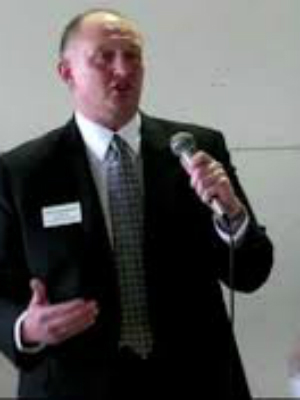 “What he (Rauner) did in that statement is acknowledge the fact that he won’t even embrace the powers that he has under our state constitution,” added Morthland, who is running for lieutenant governor on the ticket headed by Rep. Jeanne Ives (R-Wheaton), which will take on Rauner in the 2018 Republican primary.

“I know Mike Madigan; he’s a powerful man, but this isn’t his state,” Morthland said. “It’s astonishing he (Rauner) is not doing his job and he has not done it since he got in and now he’s saying ‘it’s not my fault.’”

Morthland said Ives’ focused and relentless approach is just the medicine the ailing and cash-strapped state needs if it is to ever dig its way out of its abyss.

“Jeanne Ives understands the meaning of the word retreat, but it was only a vocabulary word they made her study,” he said. “She is going to march forward. She knows how to create coalitions, she knows how to assert authority. Everything that Benedict Rauner has not done.”

A farmer, educator, former member of the General Assembly and currently a Rock Island County board member, Morthland said he knows all too well what impact Rauner’s betrayal is having on the voters he once vowed to fight for.

Once in office, Morthland said Ives will at least partly govern by making good on all the promises Rauner made to help get him elected. He added voters now just feel like they were sold a bill of goods, as Rauner has gone back on his word to sign such bills as abortion-expanding HB40 and the sanctuary city measure into law.

Ives, a 52-year-old U.S. Military Academy grad and mother of five, has previously vowed that her campaign will be about restoring common sense to the cash-strapped state, and regaining the trust and confidence of disgruntled of voters.

The Ives-Morthland team has installed Chicago GOP Chairman Chris Cleveland as campaign chairman; and at a recent fundraiser, Ives was joined on stage by the likes of state Reps. Allen Skillicorn (R-East Dundee), Margo McDermed (R-Mokena) and Tom Morrison (R-Palatine).