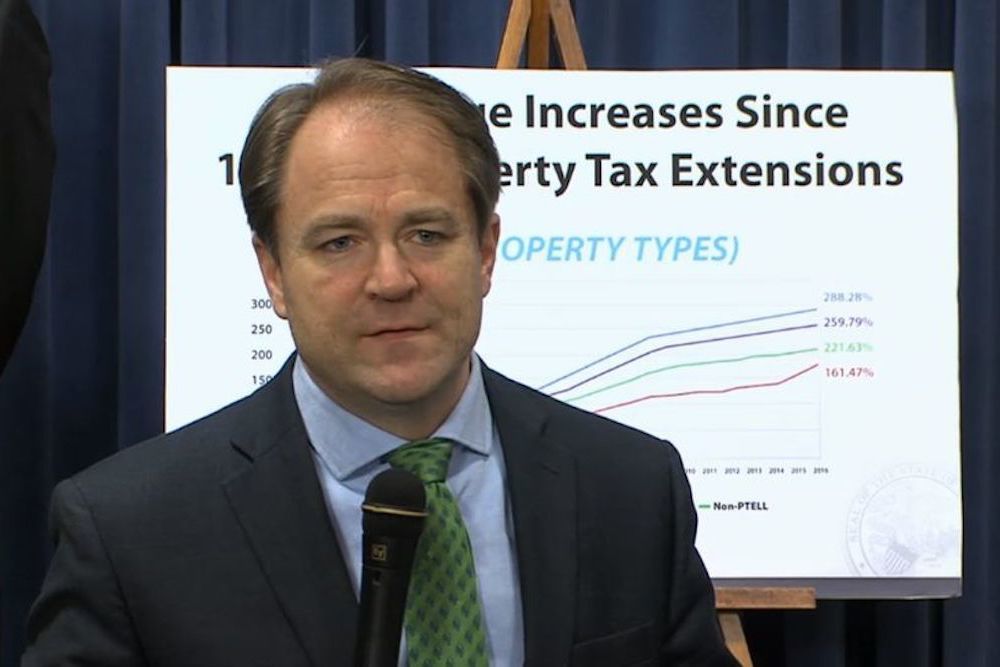 Senate Bill 2670 will provide Illinois residents with the power to help control their property taxes, according to state Sen. Dan McConchie (R-Hawthorne Woods).

McConchie, who sponsored the measure,  explained during a press conference Wednesday that in 1990 the Property Tax Extension Limitation Law (PTELL) process was produced so counties had the option to either increase property taxes with the rate of inflation or by 5 percent.

“However, by becoming a county with the property tax cap, you actually give up the ability to have voters go to referendum to be able to lower their own property taxes,” McConchie said. 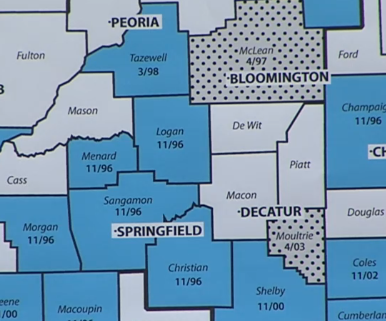 Showing a graphic separating the tax increase since 1990 for collar counties, Cook County, downstate PTELL counties and other non-PTELL areas, McConchie pointed out that all the different property types saw tax increases.

“You will see that non-PTELL counties increased the lowest, but Cook County is way below what other counties have been,” McConchie said.

With SB 2670, residents living in PTELL counties would have their right to go to pass a referendum to control their own property taxes by lowering property tax levies, the senator said, adding it has been done a couple of times in Madison County and in Collinsville Recreational District.

“It is simply trying to restore the ability for people to keep out-of-control local governments in check without having to go through the process of having to elect a majority of people onto the board to reduce the levies,” McConchie said.

“At any door you go to, regardless of party, people say ‘Mike my property taxes are completely out of control. Can’t we do anything about it?’,” Connelly said.

“It gives people the ability to go to their local government and say ‘Look, I think you have gone a little too far and we are going to rein you in,’” Connelly said.

The bill both empowers the public and persuades politicians, he added.

“A lot of the things we do here is to give incentive to act in a certain way,” Connelly said. “This sends a strong signal to local government.”

To get on the ballot, at least 10 percent of the votes cast within the taxing district in the previous gubernatorial election must be collected by petition, McConchie explained.

“It is a pretty high standard to get on the ballot,” McConchie said.

He said the amendment to the shell bill is still waiting to be signed, and he is already expecting backlash from local governments.

Want to get notified whenever we write about State Senator Dan McConchie ?

Sign-up Next time we write about State Senator Dan McConchie, we'll email you a link to the story. You may edit your settings or unsubscribe at any time.