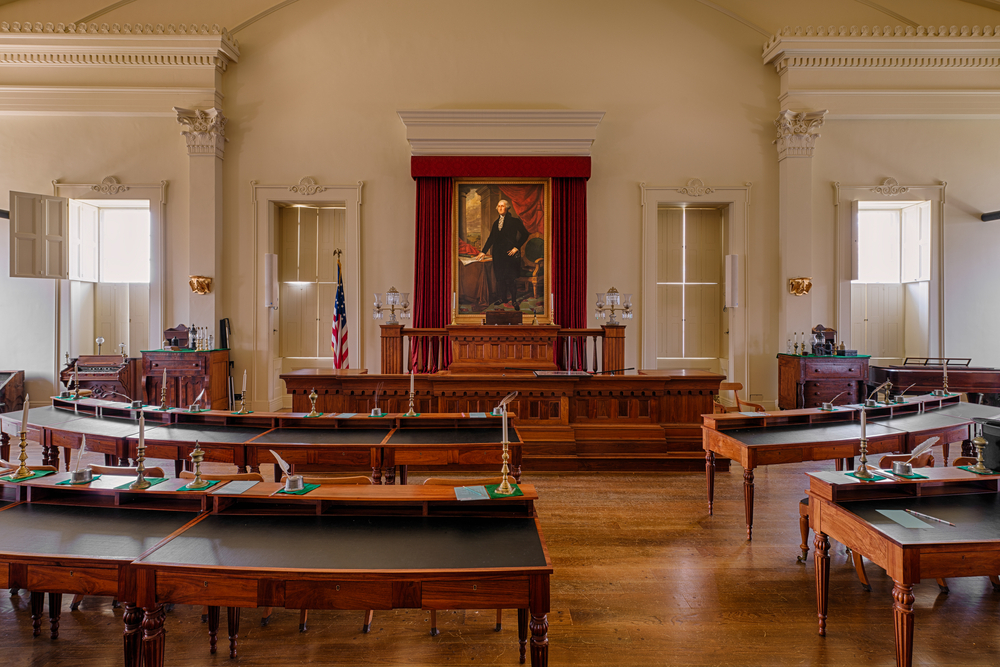 A Senate bill that would have changed the sunset date on a previous legislation involving the privatization of public water systems was removed from the record Nov. 15.

"Unfortunately, the governor didn’t sign the bill until Aug. 10 and the previous action expired on June 1," Hoffman said. "This will simply just extend the sunset date to June 1, 2028."

Rep. Steven A. Andersson (R-Geneva) said the bill does a little more than what Hoffman stated.

"This is a corrective bill to House Bill 4508 and you might want to look at the record on [that bill] and whether you voted in favor or against," Andersson said. "The reason is, it’s not simply the extension of a sunset, it’s a massive expansion of the jurisdiction of these private water authorities. They used to be limited to communities of under 7,500 people and now they are unlimited. The cap was completely lifted."

Andersson said he had concerns about turning a natural resource, like the water systems throughout the state in a rather unlimited way.

"I respect the previous speaker immensely, but he’s simply wrong," Hoffman said. "All this does is change the effective date."

Rep. Keith Wheeler (R-North Aurora) asked Hoffman again to confirm the only thing the bill did was change the sunset date.

Rep. Will Guzzardi (D-Chicago) asked Hoffman if AFSCME had a position on the bill.

"They told me yesterday they were opposed, but couldn’t tell me why," Hoffman said. "They said it’s because of philosophical reasons I think, but I’m not sure. I wish they would have come to me before then and told me."

Guzzardi said he shared some of his colleagues' deep concerns about the measure.

"I think we need to be extremely cautious when we’re allowing the privatization of public services without robust public oversight, particularly with a service as vital to our communities as clean drinking water," Guzzardi said. "We’ve seen across the state and the country the tremendously negative effects of privatizing municipal water system."

Guzzardi argue that while the bill may appear to only change the sunset date, he found it prudent to "pump the breaks on privatizing municipal water systems," suggesting that a delay on the measure. He urged a no vote.

Rep. Margo McDermed (R-Frankfort) said that the bill was sold to them last spring as a way to help municipalities but issue is much bigger.

"It may help municipalities, but the other thing that every single person in this room needs to realize is that when we permit municipalities to sell water systems at top dollar, that means the buyer, or in other words, the private water company, can charge consumers top dollar," McDermed said.

She argued that the bill is anti-consumer.

"Every single body in this room needs to vote no on this bill unless you’re about liberating your voters from their money," McDermed said. "Vote no and vote no big."

Rep. Jonathan Carroll (D-Buffalo Grove) stated he is actually dealing with this directly in one of his towns, Mt. Prospect.

"They’re dealing with American Water and they did not properly maintain sewer lines," Carroll said. "There’s flooding on a regular basis. They jacked up the price.'

Carroll said there was a town hall meeting about the issue.

Rep. David Welter (R-Morris) said when the original bill went through the house, he had voted yes on it. He has since regretted the vote.

"Unfortunately, that was a bad vote," Welter said. "Through this summer, I dug deeper into this bill and I hope that many of you have. In my district, we have some of these systems as well and I don’t think they're run poorly, but it’s what this is going to do to the ratepayers in the future."

Welter said they now have the opportunity to make the legislation better.

"We can come back in January and…bring transparency to this process," Welter said. "Vote no today. Both sides have concerns. Don’t move on this today. Vote no."

Hoffman then removed the bill from the record.