Several House Republicans have voiced their opposition to a recently passed bill that amends the state’s Worker’s Compensation Act.

The bill amends specified sections limiting coverage related to injuries or death resulting from an occupational disease like mesothelioma, and provides that if individuals are diagnosed after the statute of repose runs out, the employee or his or her heirs can bring a lawsuit in civil court. 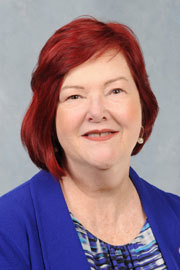 “This just ensures individuals affected by diseases like mesothelioma will be adequately compensated,” Hoffman said on the House floor.

Rep. Margo McDermed (R-Frankfort) asked several questions about the bill, including if it needed 71 votes to pass because it had an immediate effective date, to which Hoffman said it did not. He said the bill only needed 60 votes to pass.

“No one with a heart and no one of the elected representatives in their districts here would argue that someone who suffers an injury at work shouldn’t be completely compensated,” McDermed said. “The issue isn’t that. It’s that the workers of Illinois need to rely on the Worker’s Compensation structure we have. We need to do what the Illinois Supreme Court said to do and reform the Worker’s Compensation Act.”

Rep. Michael Unes (R-Pekin) said he certainly understood Hoffman’s concern and the reason why the bill was fast-tracked.

“When we're talking about a bill like this, it’s so important,” Unes said. “But, my understanding is that by extending the statute of repose it will help those [who have been diagnosed with mesothelioma], but that’s not just what this bill is doing. This will raise rates for all employers. Regardless, rates will go up because of this. Insurers have no way to decide how to set rates on something like this. There is a way to correct this by not going this way. We should pause to get this right.”

Rep. Dan Ugaste questioned if the bill was retroactive, to which Hoffman said it did not apply to cases currently pending — only those diagnosed after the effective date.

Rep. Mark Batinick (R-Plainfield) pointed out that mesothelioma wasn’t even named in the bill.

“Mesothelioma is not even defined in this bill,” Batinick said. “I would urge a No vote.”

Rep. Keith Wheeler (R-North Aurora) asked why the statute of repose was not just being extended.

“It’s a pretty big initiative,” Wheeler said. “I still have a lot of questions about this bill. I wish we could work this through more.”

“It’s a simple issue,” Guzzardi said. “People contract illnesses based on exposure and it shouldn't matter if it presents itself tomorrow or in 50 years,” Guzzardi said.