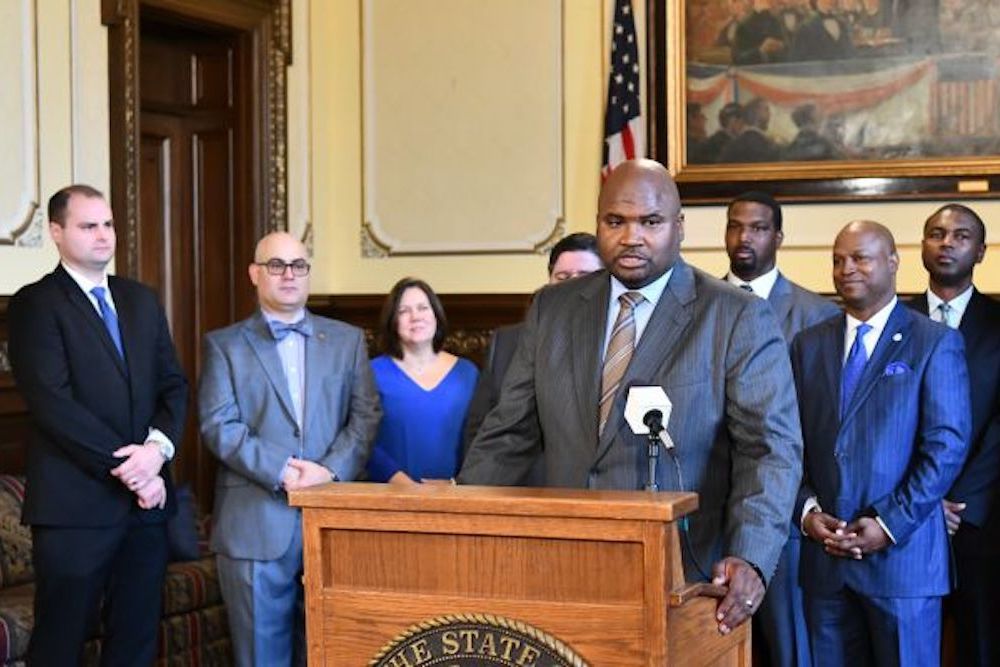 State Rep. Allen Skillicorn (R-Crystal Lake) says the appointment of Sims, who has represented multiple lobbying clients through a Chicago law firm over the years, and the very set-up of the commission shows that it’s all about the appearance of reform.

“Two of his [Sims’] colleagues are under federal indictment, a third is a confidential informant for the FBI," Skillicorn wrote in an email. “Retiring Senate Prez [John Cullerton] is a registered lobbyist for the city of Chicago, and the best they can do is form a task force with no scheduled meetings and is scheduled to give a report on March 31st of next year. Clearly ethics reform is not a priority.”

A tally of the scandals Skillicorn referred to is being kept by the Illinois Policy Institute (IPI). Since the IPIs most recent update, state Sen. Martin Sandoval (D-Chicago), who is being investigated in part over contracts he has with several local governments in his district,  announced his resignation.

For Sims, his job as an attorney with Foley & Lardner LLP means representing his law firm’s clients who have contracts with the Chicago Police Department, the Chicago Park District, and the Chicago Transit Authority, according to an AP story “Lobbying by sitting lawmakers under scrutiny.”

One of those clients, according to Cook County’s lobbyist disclosure site, was ComEd. The utility spent millions on lobbying to win the approval of the 2016 law that increased electricity rates to subsidize ComEd’s aging, non-competitive nuke plants.

“He has served various roles in nearly $3 billion in public and private finance transactions, including:

A press release announcing Sims’ being named co-chair says that the reform commission will review the State Officials and Employees Ethics Act, the Illinois Governmental Ethics Act, the Lobbyist Registration Act, the Public Officers Prohibited Activities Act, and the Ethics and Disclosure Article of the Procurement Code.

The commission must file a final report by March 31, 2020, enough time, Sims says in the release, for the General Assembly to act on reforms before the end of the upcoming spring session.

“The last several months have seen very troubling developments and the people of Illinois expect us to be and do better,” Sims said. “For the people to have faith in their government, we must hold ourselves to the highest of standards, and when public officials do wrong, they should face the consequences. Those are the beliefs that will guide me as I serve on this commission.”

Want to get notified whenever we write about Illinois State Senator Elgie R. Sims, Jr. ?

Sign-up Next time we write about Illinois State Senator Elgie R. Sims, Jr., we'll email you a link to the story. You may edit your settings or unsubscribe at any time.