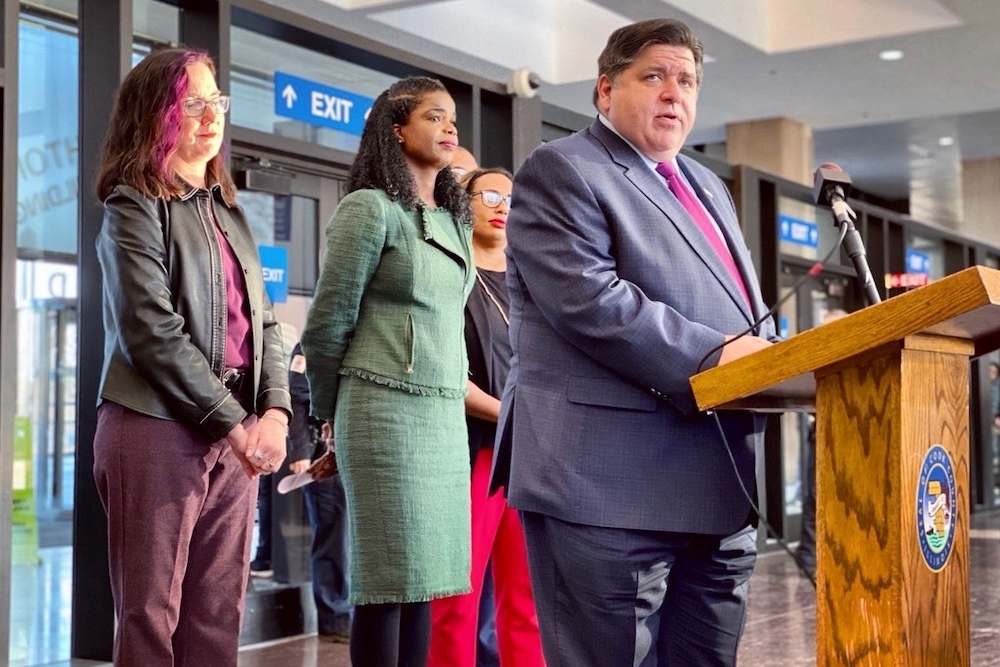 Blagojevich has served eight years of a 14-year sentence on more than a dozen felony charges, which included wire fraud, bribery, conspiracy and extortion.  The former Illinois governor began his prison sentence in 2012, but his sentence was commuted by Trump on Tuesday, Feb. 18. The U.S. Supreme Court declined to hear Blagojevich’s appeal.

“Illinoisans have endured far too much corruption, and we must send a message to politicians that corrupt practices will no longer be tolerated. President Trump has abused his pardon power in inexplicable ways to reward his friends and condone corruption, and I deeply believe this pardon sends the wrong message at the wrong time,” Pritkzer said in a statement. “I’m committed to continuing to take clear and decisive steps this spring to prevent politicians from using their offices for personal gain, and I will continue to approach this work with that firm conviction."

In another call, Pritzker suggested that Jesse White, Illinois Secretary of State, be appointed to fill the Senate seat, and made comments that he has since apologized for.

Not only that, but Pritzker and his wife donated at least $140,000 to Blagojevich’s campaign between 2002 and 2006, the Chicago Tribune reported.

Want to get notified whenever we write about JB PRITZKER FOR GOVERNOR ?

Sign-up Next time we write about JB PRITZKER FOR GOVERNOR, we'll email you a link to the story. You may edit your settings or unsubscribe at any time.