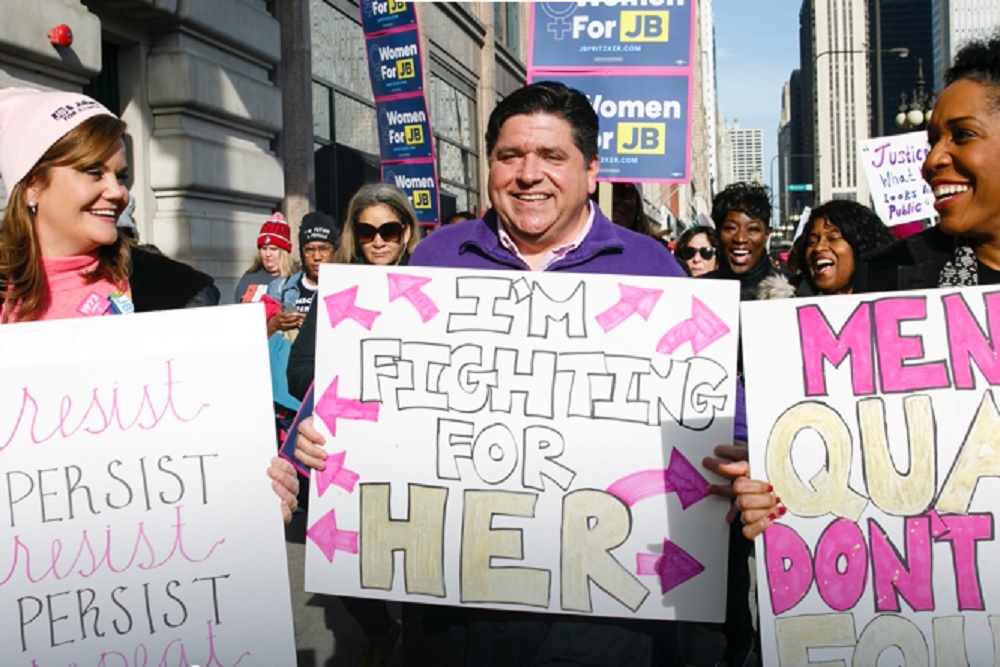 Gov. J.B. Pritzker during a march on the campaign trail before November's election | jbpritzker.com

Gov. J.B. Pritzker appears to be making good on his vow to make Illinois "the most progressive state" for abortion with legislation aimed at bringing New York-style abortion laws to Illinois, a pro-life advocate said during a recent interview.

It is lawmaking that has been seen before, Mary Kate Knorr, Illinois Right to Life executive director, told the Prairie State Wire.

"This legislation is consistent with what we've seen recently in states like New York and Virginia and is a clear attempt by the national abortion industry to solidify abortion access in the state of Illinois in the event that Roe v. Wade is overturned," Knorr said. "This extreme legislation primarily serves the Planned Parenthood executives seeking to keep their huge corporate salaries despite the clear threat to their business model under our current Supreme Court."

The legislations' supporters claim to be supporting women's right but that is not so, Knorr said.

Pritzker was open about his support for abortion legislation while on the campaign trail and supported HB 40, legislation mandating taxpayer-funded abortion that Gov. Bruce Rauner signed in 2017. Rauner's support for HB 40 cost him the support of many Illinois conservatives and created great rifts within the state GOP that helped pave Pritzker's path to victory in November.

On Jan. 22, the 46th anniversary of the landmark and still highly divisive U.S. Supreme Court decision in Roe v. Wade ruling a ban on all abortions to be unconstitutional, Pritzker signed an executive order strengthening existing state law for taxpayer-funded abortions.

As Pritzker signed the executive order, he also vowed that that Illinois "will be the most progressive state in the nation when it comes to guaranteeing women’s reproductive rights."

Earlier this week, Democrats in Springfield began pushing legislation that would drop parental notification from existing abortion law and repeal the state's late-term abortion ban. Legislation that would guarantee more funding for abortions by mandating insurance coverage and allow nondoctors to perform the procedures is said to be coming.

"The late-term abortion ban should be kept in place because babies inside the womb feel pain at 16 weeks," she said. "In fact, while a young baby's pain sensors are functioning before the third trimester, the pain-dampening system doesn't develop until later in the child's development. In actuality, this means that an unborn child who's being aborted not only feels pain—she feels it to an intense extreme and without the benefit of pain-dampening systems that protect fully developed human beings from an overwhelming level of pain."

Want to get notified whenever we write about Illinois Right to Life ?

Sign-up Next time we write about Illinois Right to Life, we'll email you a link to the story. You may edit your settings or unsubscribe at any time.